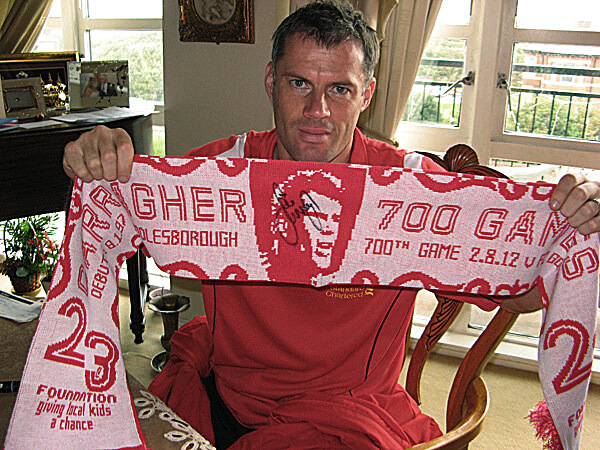 In 2012, Liverpool FC legend, Jamie Carrgher will hung up his boots. But just prior to that he hit a landmark of 700 games at the highest level. A one-club man, Jamie has represented the clubin the first team for the last 15 years. As a commemorattion, we were asked to design two soccer scarves that would be sold by the 23 Foundation to honor this milestone. Rather than taking the usual tack of a bar scarf with some type on it, we deicded to go with a more illustrative route, with the reverse side of the design being constructed from elements of the Shankly Gates, whilst the main side featured an illustration of Jamie during a game. These sold out in a matter of hours raising money for the 23 Foundation which aims to give local kids a chance through the power of football. This also marked the first time we dealt with the Liverpool licensing team - which hopefully might lead to more opportunities. 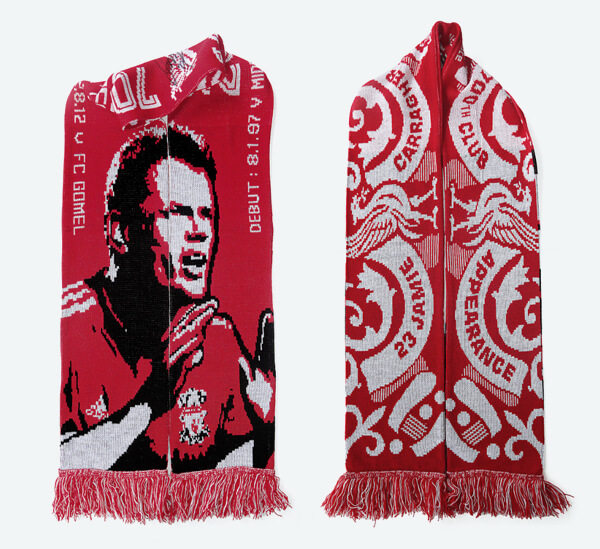 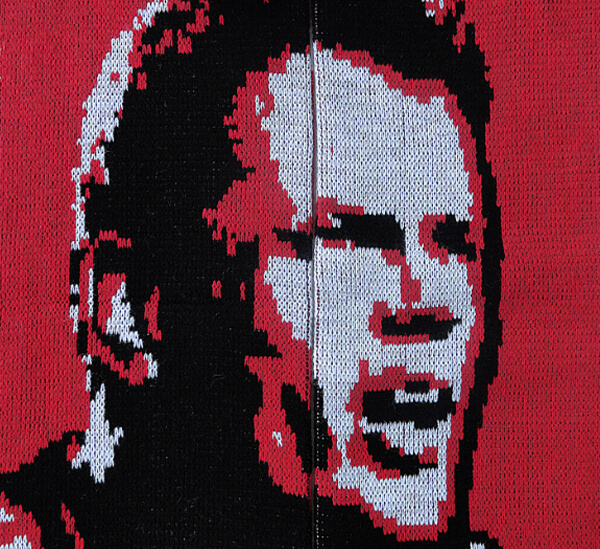 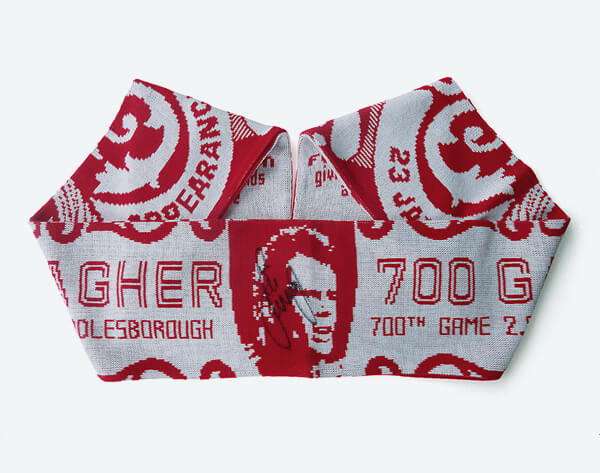 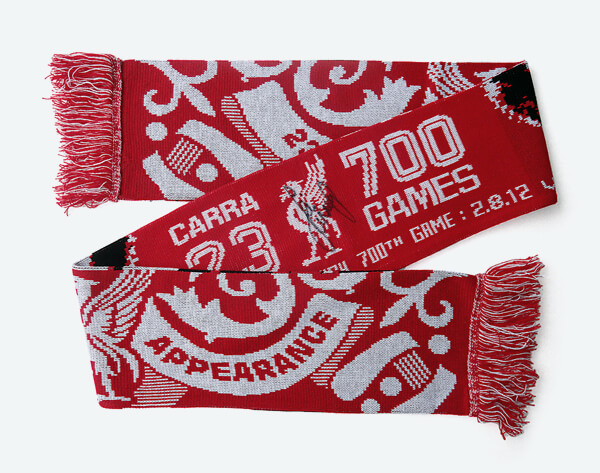 In doing the work for Jamie's 23 Foundation we ended up producing some scarves for the departure of the team's last lengendary manager, Kenny Dalglish, as well as for the final appearance of the talisman captain Steven Gerrard. These of course were not sanctioned by the team and as such carry no reference to Liverpool Football Club. They are more of an exercise in fan art. 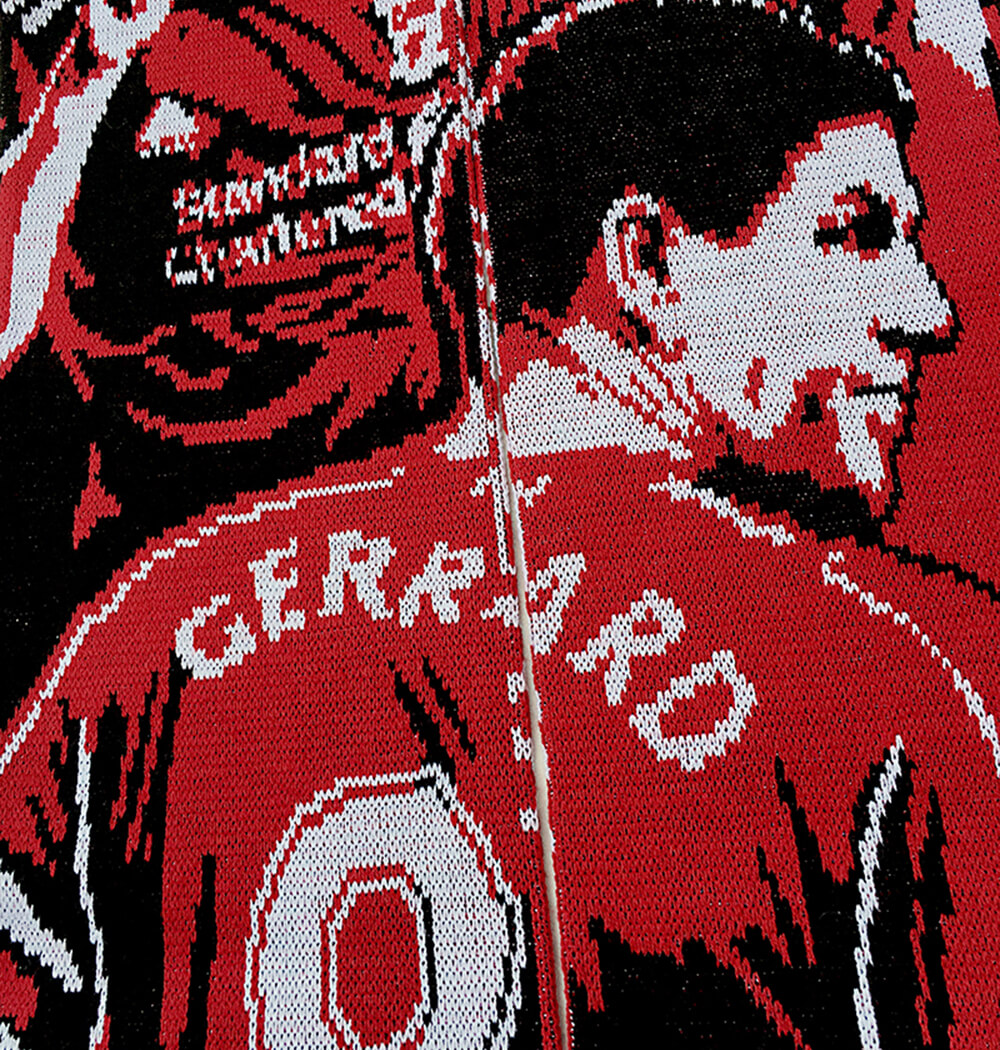 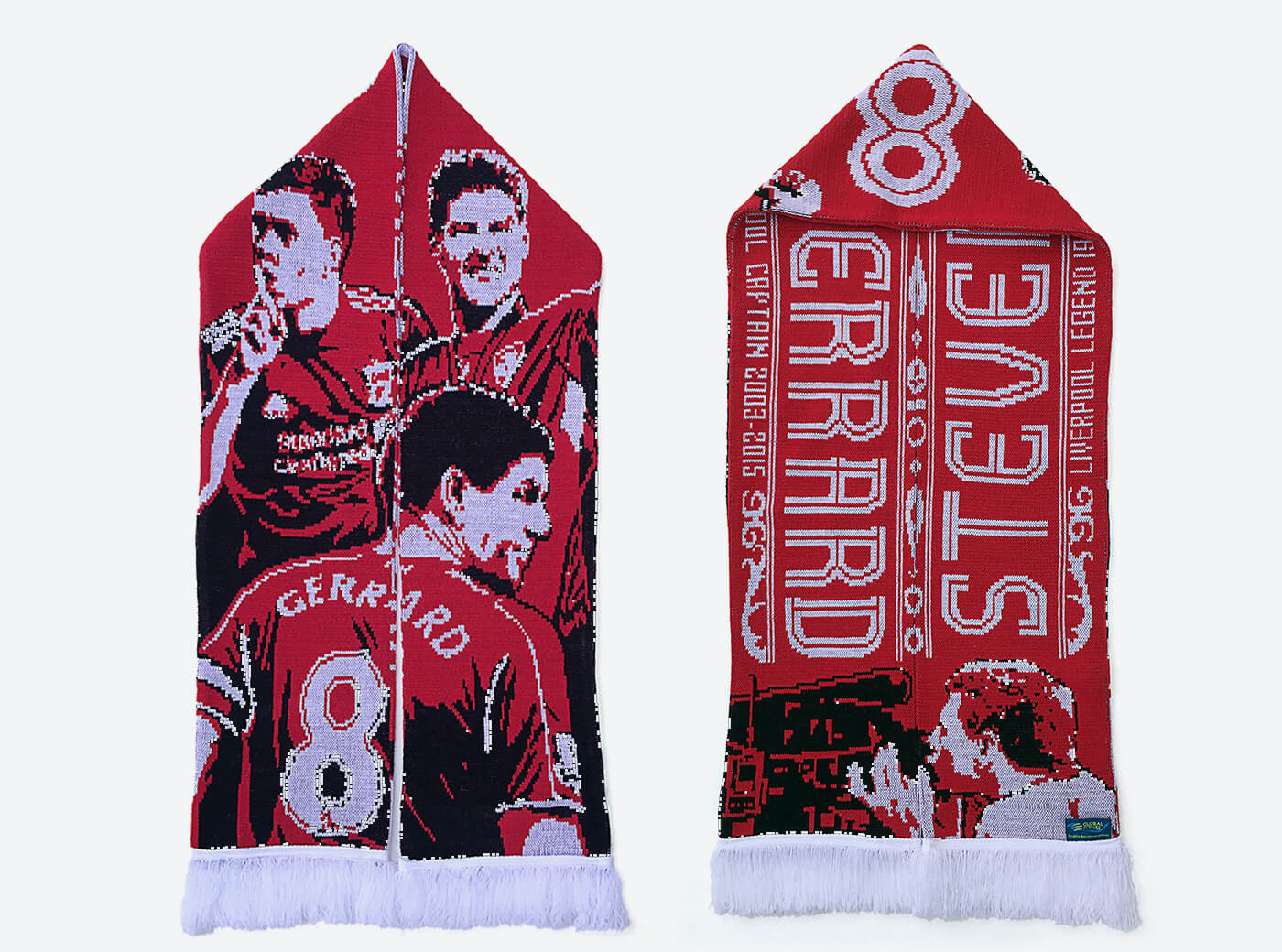